Obsessive compulsive disorder (OCD) is a chronic mental health condition that is usually associated with both obsessive thoughts and compulsive behaviour.

Obsessions - An obsession is defined as an unwanted thought, image or urge that repeatedly enters a person's mind.

Compulsions - A compulsion is defined as a repetitive behaviour or mental act that a person feels compelled to perform. Unlike some other types of compulsive behaviour, such as an addiction to drugs or gambling, a person with OCD gets no pleasure from their compulsive behaviour. They feel that they need to carry out their compulsion to prevent their obsession becoming true. For example, a person who is obsessed with the fear that they will catch a serious disease may feel compelled to have a shower every time they use a public toilet. Mike Uttley's hypnotherapy is able to help relieve these compulsions. For OCD hypnosis in Exeter contact Mike now

How common is OCD? - Obsessive Compulsive Disorder is one of the most common mental health conditions. The causes of OCD are unknown.

OCD hypnosis in Exeter can help to make the distinction between what OCD sufferers feel is true (for example, the oven has been left on) and what is actually true (for example, the oven is off). This can be done in two ways. Firstly, hypnotherapy can encourage you to consciously think in a different way. Secondly, it can change your thoughts and feelings on an unconscious level. Both of these can help you to take control of your OCD.

Call Mike Uttley on 01392 555450 now to relieve your OCD or fill in the contact form: Contact Exeter Hypnotherapy for OCD for help with Obsessive Compulsive Behaviour now 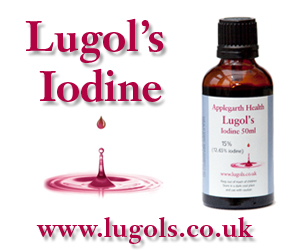